The Orthodox Christian Family:  A Dwelling of Christ and a Witness of His Gospel 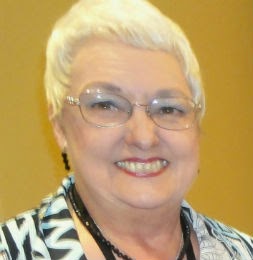 Delegate Attendee: Ann Burmeister
What an honor it was to attend the 2014 National Philoptochos Biennial Convention.  I learned so very much and met so many wonderful Philoptochos Sisters from all over the United States.

Sunday morning began with Orthros and Divine Liturgy at St. George Cathedral, Philadelphia, PA, presided over by His Eminence Archbishop Demetrios of America.  The Cathedral was breathtaking.  All seats and balconies were filled with both Philoptochos and attendees of the 42nd Biennial Clergy-Laity Congress. 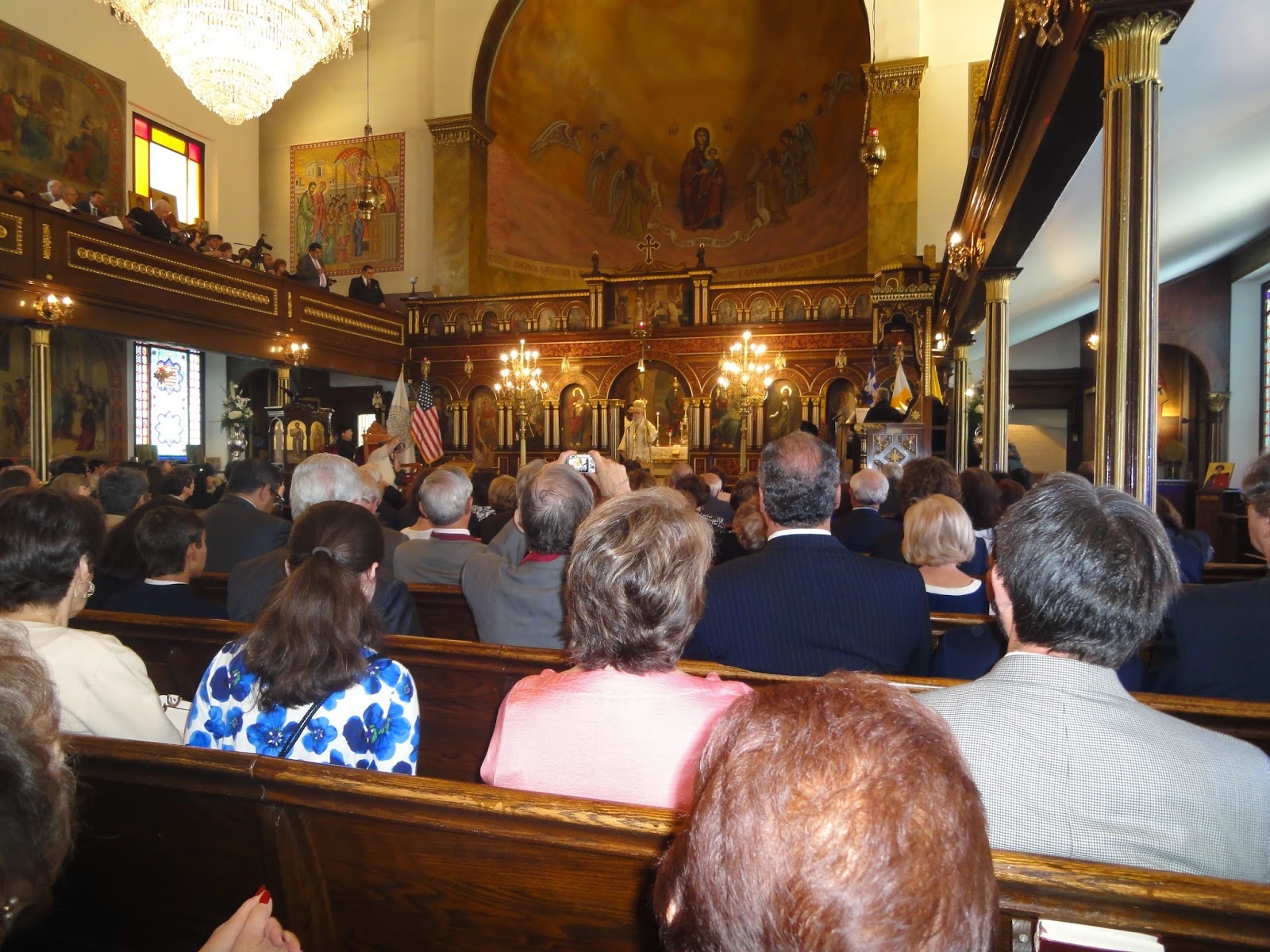 That evening the Convention had its Opening Ceremonies and General Assembly.  His Eminence Archbishop Demetrios gave the invocation.  His Eminence Metropolitan Evangelos of New Jersey welcomed everyone. There were 440 registered delegates. Later that evening we went over the Bylaws/Resolutions and the Budget Preview.

The Opening Ceremonies of the 42nd Clergy Laity Congress began with a welcome from His Eminence Archbishop Demetrios and a surprise Skype from His All-Holiness Ecumenical Patriarch Bartholomew. What an honor and privilege.  Philoptochos ladies departed and began their afternoon session.  His Grace Bishop Sevastianos of Zela, an emissary of his All-Holiness Ecumenical Patriarch Bartholomew and spiritual advisor to Philoptochos, lead the opening prayer.
During the proceedings it was suggested that if we raise our stewardship 10%, we than can raise our commitment by 10%.  It was also stated that the family is the nucleus of the church.  We need to remember that God is the center of the universe—not us.  The church is an ideal place to talk about family situations and seek help.

During the conference Rachael Lloyd, founder and CEO of GEMS (Girls Education Mentoring Service) eloquently spoke on human trafficking.  Many were brought to tears.  She pulled herself out of a horrendous situation and now GEMS is helping young women 12-24 free themselves from that life.  Human trafficking is rampant in this country.  Lloyd wrote the book, “Girls Like Us” and can be found on the website: www.gems-girls.org.

-St. Sophia Cathedral, Los Angeles, CA, put together a program called “Operation Lace Up” where they distributed shoes to the homeless.

-St. Haralambos Church, Canton, OH, prepared buckets with cleaning supplies for the formerly homeless who were going to a new apartment.
Jerry Dimitriou, Executive Director of Administration, Greek Orthodox Archdiocese of America, told how St. Nicholas was crushed by the twin towers.  After a very long struggle, a new St. Nicholas Shrine, where all can worship, is being built next to the reflecting pool at Ground Zero.  It will cost $37 million.  If each member makes a gift of $100 the shrine can be completed by 2016. 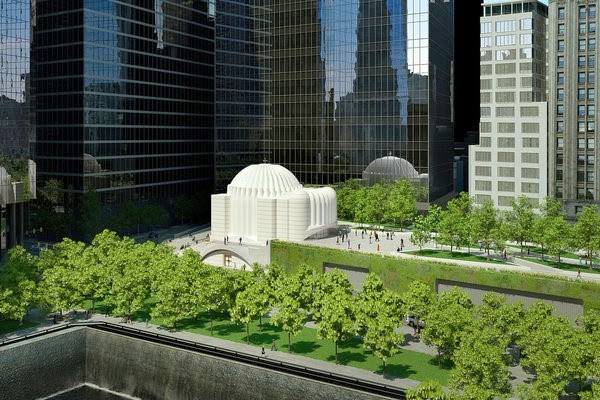 That evening we were bused to the Water Works Restaurant where we enjoyed a delicious Greek meal and watched some talented young adults dance. 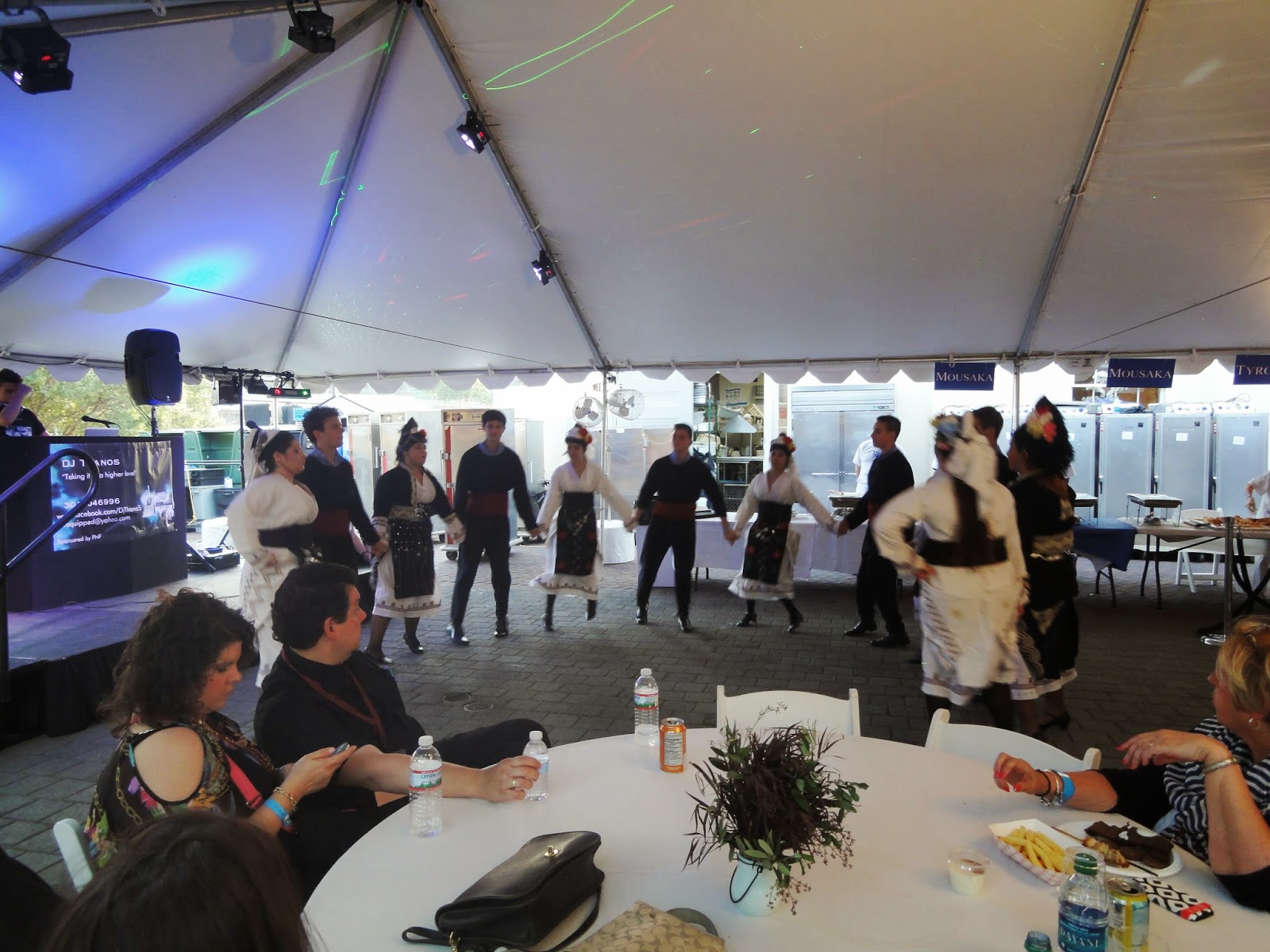 The Reverend Dr. John Chryssavgis, Archdeacon Ecumenical Throne spoke on the environment in “On Earth as It Is in Heaven.”  He said that the world is an icon and that we cannot treat people like things.  Our relationship to this world is our relationship to Heaven.  He spoke about ascesis, “the exercise of self-discipline” and the way we treat creations.  We are all responsible for this world and must not abuse it.
Another articulate and dynamic speaker was Alexandra Pink who moved into Saint Basil's Academy last September.  She was abused as a child and moved around with her mother.  She stated that St. Basil’s helped her become the best individual that she could be. She told us the things to pack for a world adventure were patience, mindfulness and forgiveness.  National Philoptochos gave $50,000 to St. Basil Vasilopita and $20,000 for a new van to St. Basil Sisterhood for a total of $70. It was brought to our attention that women can graduate with a Master of Divinity from Hellenic College Holy Cross.

International Orthodox Christian Charities (IOCC) $45,000 (with an additional $10,000 for flood relief in Serbia)

-Support-a-Mission Priest $36,000 (to send the gospel to furthest corners of the world).

So very much more.
We learned about Loukoumi Books by Nick Katsoris available on Amazon.com.

Elizabeth Metallinos-Katsaras, Ph.D., RD, Department of Nutrition, Simmons College, told us how the traditional Greek diet can keep us healthy. 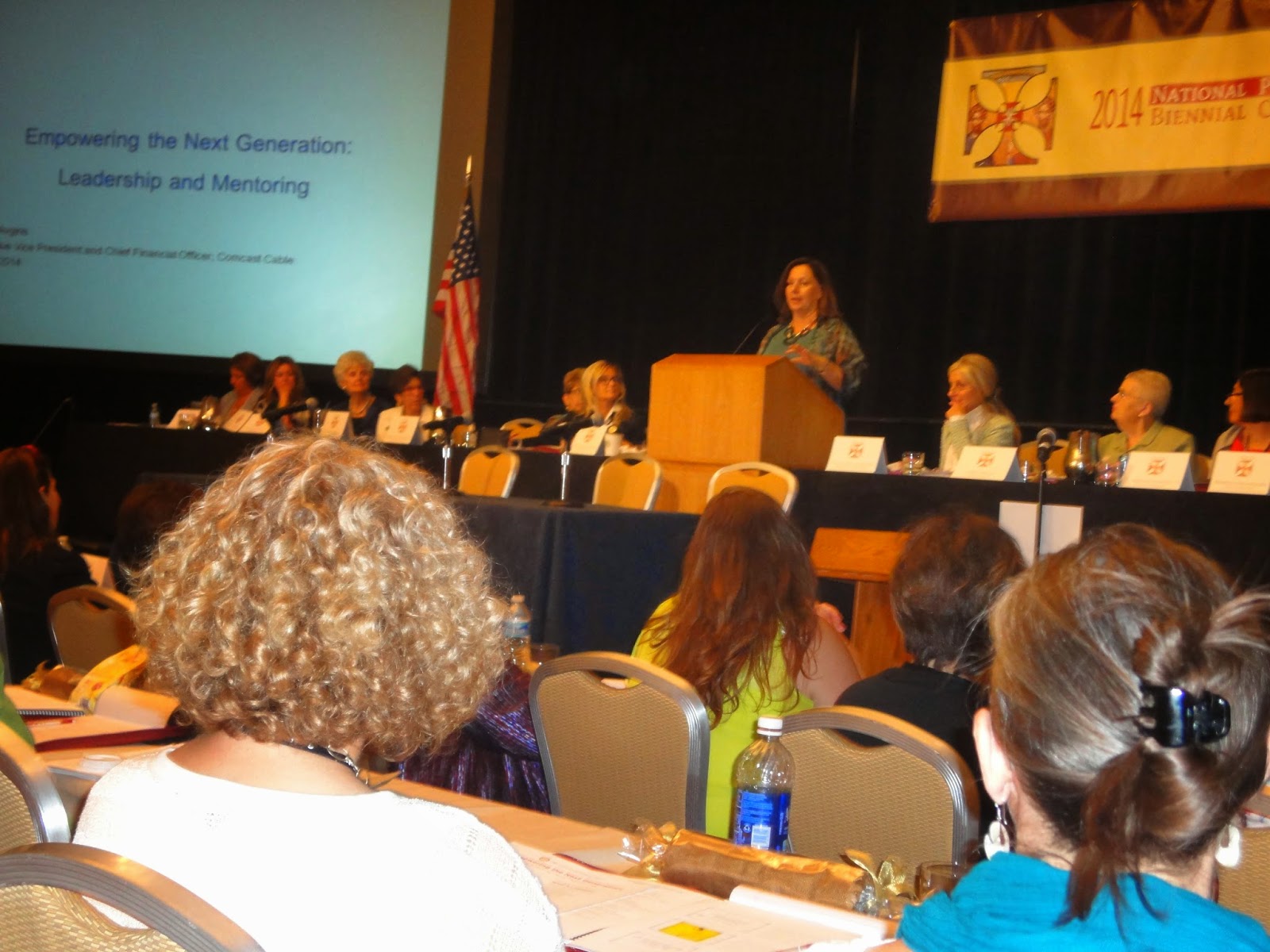 That evening chapter presidents brainstormed leadership styles and how to improve our chapters.

At 7:15 a.m. were all to be seated for a breakfast honoring National President Aphrodite Skeadas and her six years of service. His Eminence Archbishop Demetrios praised all her works over the years. 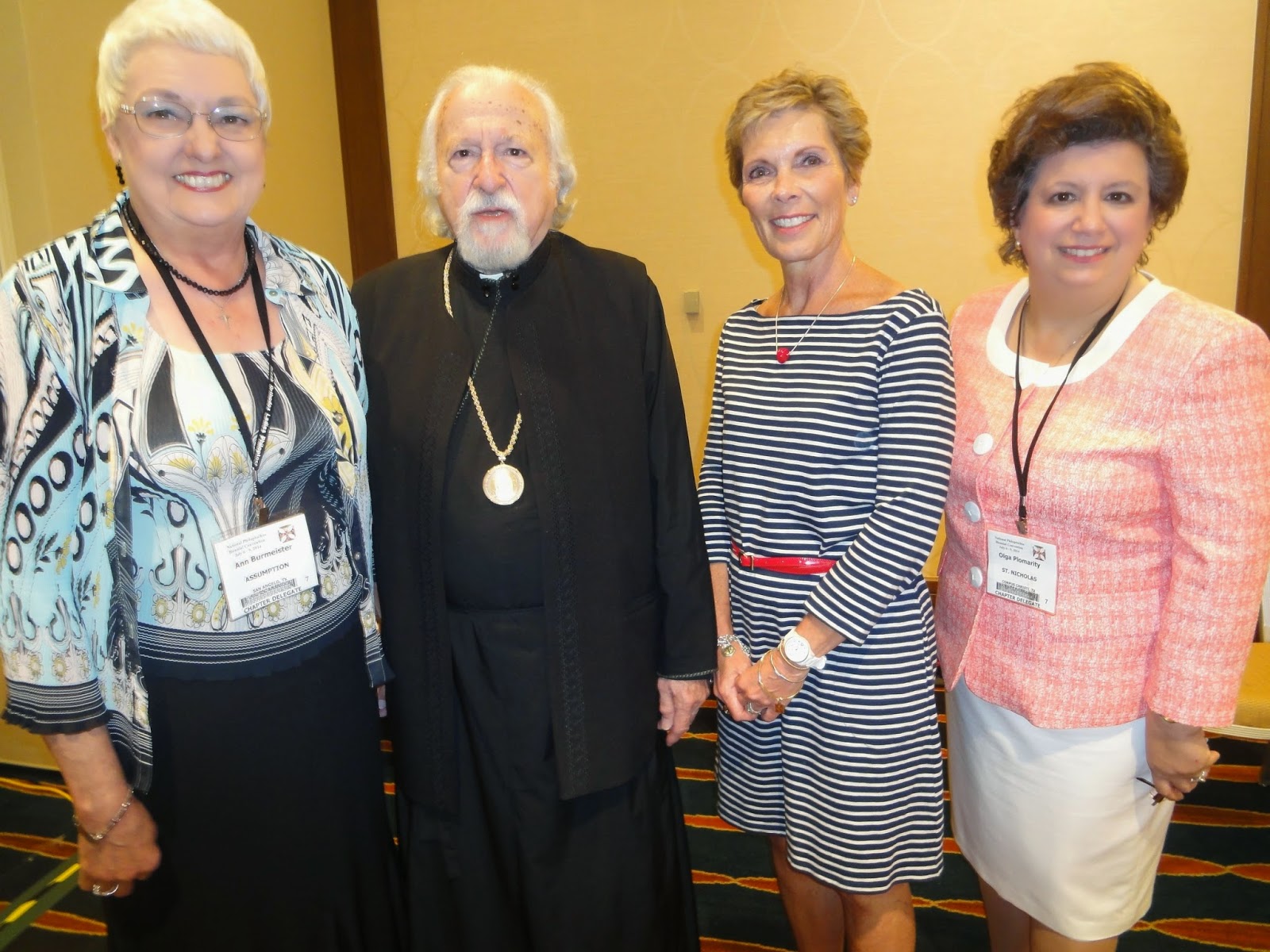 It was my honor to have my picture taken with His Eminence Metropolitan Isaiah, Mariam Catechis, Metropolis of Denver President, and Olga Plomarity, who is related to our Manitzas family.  It was my pleasure to be seated next to her at breakfast
Later that day, Martha Stefanidakis, 2014 National Philoptochos Biennial Convention Co-Chair presented “The Brave Ones Past and Present” video composed of about 1,000 photographs of family members who had served in the military throughout the years.  Pictures of our own Steve Tefas, and David Garza where among them.  On Tuesday evening, 65 baskets for veterans were put together by convention delegates.  The presentation was made Wednesday, for the distribution of the baskets to the Veterans' Multi-Service Center.  Lt. Colonel Elizabeth Konon Sweet, National Geospatial-Intelligence Agency, Army Operations Officer, told us about the many faces reflecting those serving in the military. Michael Emanuel, Archon of the Ecumenical Patriarchate, Chief Congressional Correspondent, FOX News, spoke on critical issues of the Ecumenical Patriarchate and religious freedom.
The evening banquet was extraordinary since our guest speaker that evening was Vice President Joseph R. Biden.  In his remarks, he stated that he was raised and tutored by the Greek community, and that he has many special Greek friends. He told about the special time in his life when he spent time with His All-Holiness Patriarch Bartholomew in Constantinople, and when his All-Holiness was a guest in the Biden home.  He said that His All-Holiness was the most Christ-like man he had ever met.  Vice President Biden said he had been meeting with Greek Prime ministers since 1973.  He hopes the occupation of Cyprus by Turks will end.

These are just some of the highlights.  We heard some phenomenal speakers throughout the convention.  I would encourage anyone who can, to attend in 2016.

Ann Burmeister is President, Assumption of the Virgin Mary Greek Orthodox Church Philoptochos in San Angelo, Texas, Chapter 8038. The chapter is in its second year and has 18 members.  Burmeister is also church treasurer and chairs the annual bake sale.

Promote Your Page Too